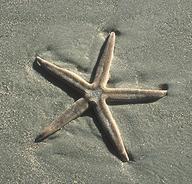 STH is an organization primarily for mental health professionals in the Hawaiian Islands with the purpose of providing a professional forum for the growth and development of Kalffian Sandplay Therapy.

In Hawaiʻi, STH has several objectives:

Certification to practice as a Sandplay Therapist is awarded to mental health professionals who meet substantial and specific additional training requirements.  Sandplay certification is considered an adjunct training and is secondary to the therapist’s primary professional mental health training and licensure.  In exceptional circumstances, Sandplay may be practiced by certified therapists/counselors in psychology related fields such as pastoral counseling or medicine.

When entering a Sandplay room for the first time, many adults will conclude that this is a place to exercise the fantasy of children.  There are many shelves along the walls.  These are filled with thousands of miniature figures of persons, animals, buildings, natural objects, mythic beings, fairytale characters, and religious images.  The purpose of these figures is to create a reflective array of all that confronts us as we live life on earth.  Also in the room, there will be one or more table-sized trays that are painted blue on the inside and half filled with sand.  When one does Sandplay, she is invited to use the figures and the sandtray in whatever way she likes.  As this process unfolds, it can reveal a portion of what is then active in her psyche.  Sandplay is a marvelous therapy for children.  It is also a marvelous, and extraordinarily powerful, therapy for adults.

Sandplay Therapy is a client centered, non-verbal means of looking into the inner world of the person who creates the sand pictures.  Of course, our inner worlds are constantly transforming.  A Sandplay image captures a moment in time and provides a glimpse into the client’s current inner dimension.  Such images, made in a series over months or years, offer insight into the client’s psyche and foster a dialogue between ego consciousness and the personal (and collective) unconscious.   In this way, a client becomes aware (conscious) of her unconscious attitudes, hopes, aspirations, complexes, assumptions, biases, and personal mythology.  Awareness makes choice, and change, possible.  The role of the Sandplay therapist is to provide a “free and protected space” for the client to express and integrate the images and knowledge that arise from the dialogue between the conscious and unconscious aspects of the client’s personality.  The therapist neither directs nor interprets the ongoing Sandplay process.  Rather, she sits in non-expectation and non-judgment, awaiting the images and insights that arise from within the client himself.  Sandplay Therapy theory maintains that, given an adequate free and protected space, the psyche has the means to bring about its own healing and evolutionary growth.

This depth therapeutic model we so innocuously know as Sandplay Therapy has a long lineage.  In modern times, we can trace its roots to the psychology of C.G. Jung, the work of the English psychoanalyst Margaret Lowenfeld, and to Sandplay’s founder, Frau Dora M. Kalff, of Zollikon, Switzerland.  These three are among the ancestors now.  So are many of the Tibetan Buddhist Lamas who, exiled from their native country, lived on Frau Kalff’s property in Zollikon and significantly influenced her development of the Sandplay model. These men and women are some of the later students of mind to recognize the function of sand as a liminal substance that enhances communication between the conscious and unconscious minds.  Sand lies in the threshold space of the in between.  It is in between the sea and the land.  It is in between a liquid and a solid.  It is a shifting, transforming ground between the ink-dark ocean depths and the snow-clad mountain peaks.  Sand, in its very nature, unites opposites.  Sand is a medial substance.

Many great spiritual traditions have known sand to be a transformational medium.  The Native American traditions, especially those of the Navajo Nation, created large mandalas of colored sand on the desert floor.  Those in search of healing entered the mandalas and, with the assistance of the shaman, found relief and balance.  The Tibetan Buddhist tradition has a practice that involves creating intricate sand mandalas to aid in meditation and self-realization.  Japan’s Zen Buddhist sand gardens are images of contemplation and symbols of wholeness.  In Shingon Buddhism, sanctified sand is sprinkled on graves, and on the bodies of those who have died, to facilitate the removal of negative karma and enhance the potential for auspicious rebirth.  Sand is also a substance of impermanence.  Many, as children and adults, have watched their sand castles, sand messages, and footprints in the sand disappear beneath the waves of the incoming tide.  Sandplay Therapy incorporates many of these characteristics of sand as symbol and substance in its methodology and practice.  The psychotherapists, in many ways the descendants of the shamans and priests, utilize this same simple sand in their modern scientific efforts to practice the art of healing of body, mind, and spirit.  It is a method that, in a multitude of forms, has been tested over time and found effective.